We got let in for batting practice 2 hours before the game. I found out that the Twins don’t like to throw up much to thier fans at home. I did manage to get another Eddie Bonine toss up during BP for BASEBALL #1. Lucky me.

Then it was getting close to the end of batting practice. There were no baseballs that were able to be cup tricked and the security was fairly stable. I saw a Tigers IF with a baseball. They were getting ready to run in and I hollared Brent! Baseball please! I think he was shocked somebody knew who he was. He pin pointed me and I had BASEBALL #2. 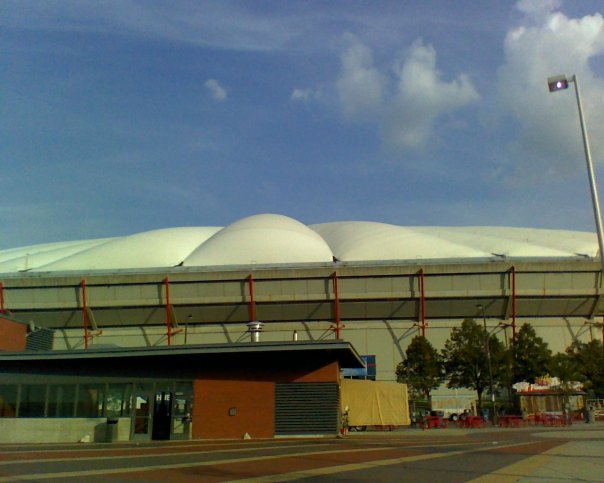 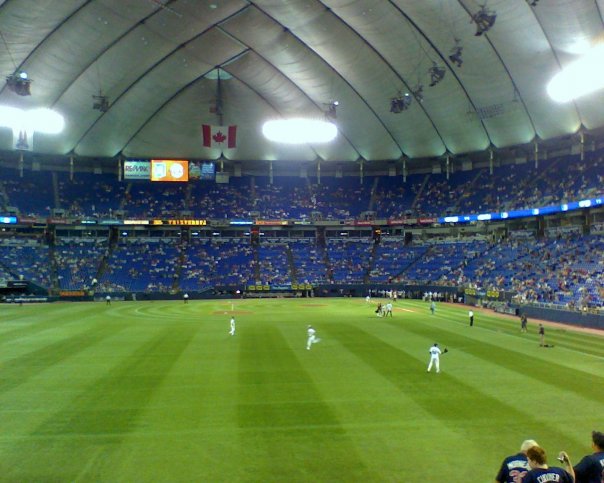 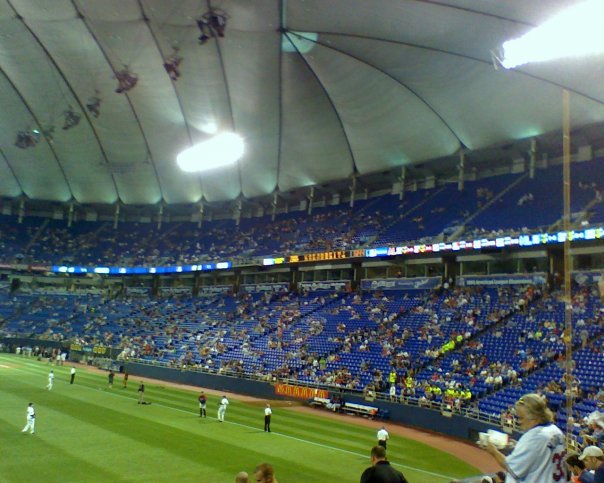 During the game I got a text from the Happy Youngster saying he had just caught a Lance Berkman homerun in Milwaukee. Then about an inning later I had a Michael Cuddyer homerun hit 5 feet away from me. I tried shoveing the guy next to me her boxed me out, tried catching it, and it hit him right in the hands and down 3 rows. I was pissed to say the least. I said, I had a glove I could have caught that! It bothered me all night. Still does. There will be more chances. 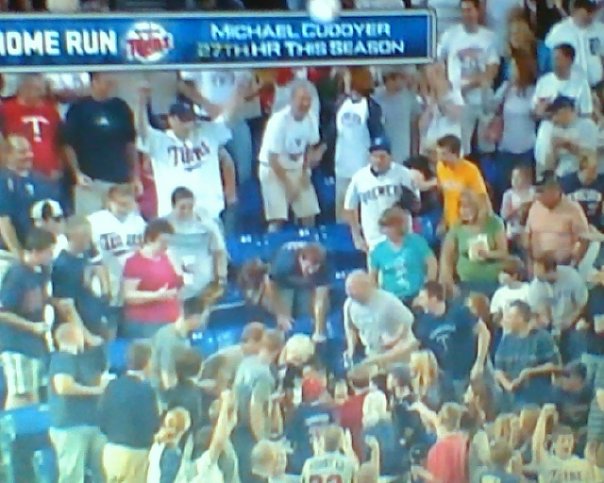 The Twins ended up taking 2 of 3 and ended up going to the playoffs and loosing in the first round to the World Champion Yankees. Boo.

So I took a trip up for the weekend to visit my cousin Wiley up at Winona State University and we decided to take a trip to Minneapolis to see the Twins play. In the heat of a playoff race with the rival Tigers. It was set up to be a great series. And it was what it was said to be. A hell of a playoff race and weekend.

I learned from these kids in Milwaukee the cup trick. So, I got into the Metrodome and was scoping out places to try using the device. I found a ball in CF behind the wall. A perfect place I could lean over and try it and be sneaky like a cat. I dropped it down over the ball and pulled it up. I was successful for BASEBALL #1. 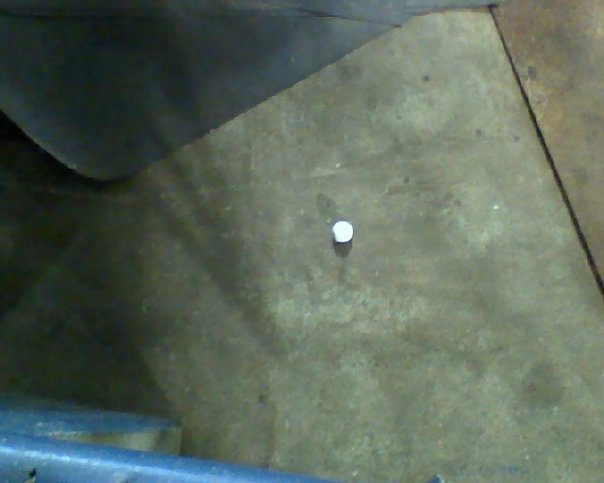 I was happy with getting one baseball here. It was also a commemorative. But I decided to try and get at least one more. Tigers pitcher Eddie Bonine was out in deep CF. I hollared asking for a baseball with a please at the end. He looked, threw, twack…. right in my glove for BASEBALL #2.

The Tigers hit a few baseballs where I had cup tricked the one baseball. It turns out that the baseballs they were using we smaller than an average baseball. They were “international” baseballs.

I somehow managed to get one more from an un named Tigers OF. So I ended up with BASEBALL #3 for my first day at the dome. I though it was pretty good…